The Phalanx is a boss in Demon's Souls.

The Phalanx itself is a blob of viscous purple slime engulfing a gnarled, tree-like core which in turn contains a glowing white aura. However, the Phalanx starts the battle completely covered with and surrounded by Hoplites. This boss is very weak and vulnerable.

Phalanx is the second boss fought in the game, and is generally considered one of the easier bosses due to its generally poor defenses, low HP, substantial weakness to fire damage, and the fact that the Hoplites that surround it are the only true threat, being unable to attack the player by itself.

The easiest strategy is to have Firebombs and Turpentine, so as to exploit Phalanx's weakness to fire. one can throw firebombs at the Hoplites surrounding it, killing them and exposing the Phalanx's side. Firebombs will often hit the Phalanx and several Hoplites at the same time, if aimed at a relatively thin spot. Alternatively, the player can apply Turpentine to his/her weapon to do much more damage, although it is best to use a weapon with a wide horizontal attack that could hit several Hoplites at the same time. It is generally recommended to kill all Hoplites in the room first so that Phalanx can then be killed without interference.

Keep in mind that Hoplites that are attached to Phalanx will gradually regenerate HP. It is advised to press the attack until several Hoplites are dead, the player is low on HP, the Turpentine wears off, or the player is out of Turpentine or MP to cast spells. 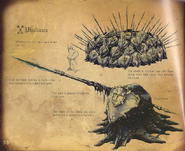 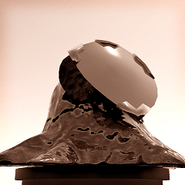